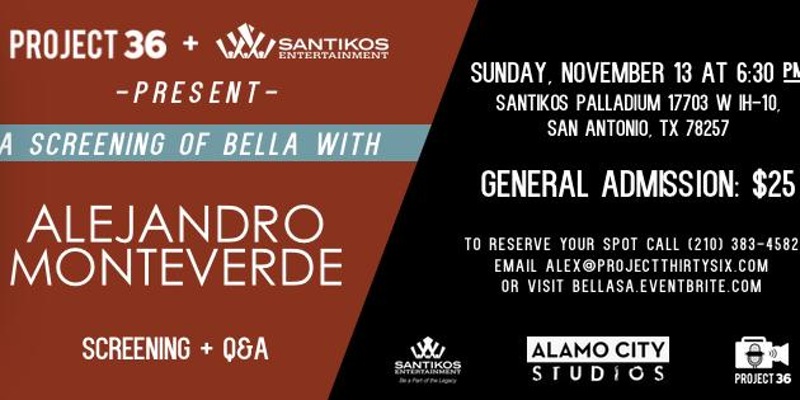 A Screening of Bella with Alejandro Monteverde

PUCHASE TICKETS TO THIS SCREENING NOW 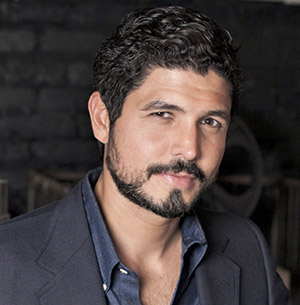 [one_half_last]Alejandro is one of the most recognized Latin American writer, director, and producers in the film industry. His first feature film Bella, released in 2007, received the prestigious People’s Choice Award at the Toronto International Film Festival, and went on to become one of the most successful indie films of the 2000’s. He also recieved many other accolades from around the world for this film, including a special recognition from the Smithsonian Institute, and a seat in First Lady Laura Bush’s box for the President’s State of the Union Address. Join us for the screening, a conversation about the film moderated by Project 36 Founder Alex Trevino, and a Q and A session with the audience.[/one_half_last]