An Acting Class with Lorenzo Henrie 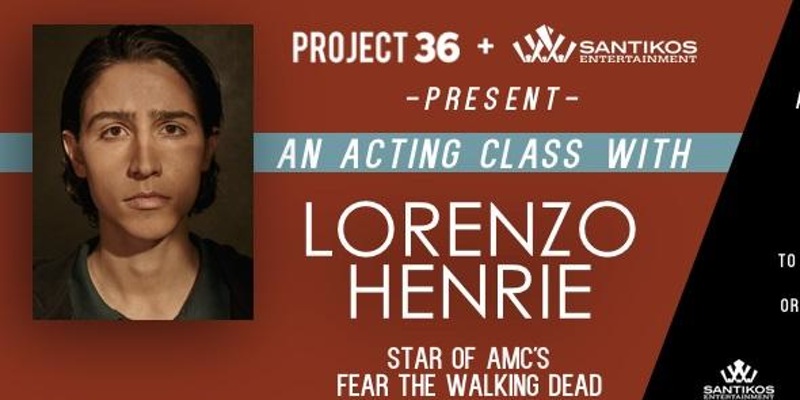 This class is for beginners and serious actors alike who would like to learn audition techniques, preparation for a scene, and other tips from one of the busiest young actors in Hollywood. The class will be followed by a Q and A with Lorenzo. If you would like more information, please call Alex at 210-383-4582 or email at [email protected]
Working Actor- $150.00 (Class will consist of cold read session with a scene partner and Lorenzo and Q and A. The working actor will be assigned a partner and be given a script the day of the class and will work directly with Alejandro for up to 20 minutes.)

PURCHASE TICKETS TO THIS CLASS NOW

[one_half_last] Lorenzo Henrie is a native of Los Angeles, CA, and recently starred as Chris in AMC’s Fear the Walking Dead. He has also worked with JJ Abrams in Star Trek, appeared on several episodes of 7th Heaven, and has acted in independent films around the country. He is currently in a recurring role on ABC Marvel’s Agents of Shield.