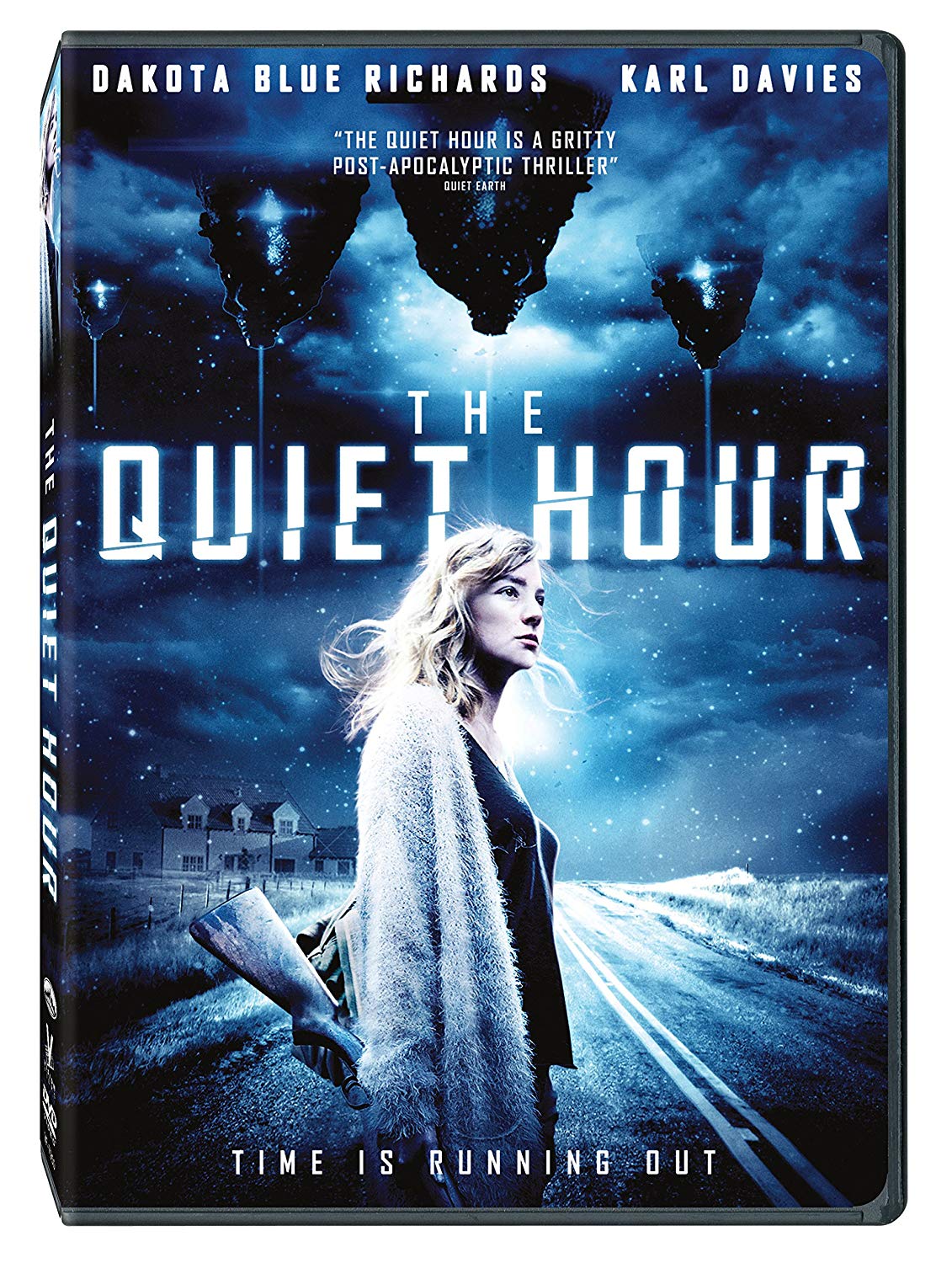 THE QUIET HOUR is a science-fiction thriller written and directed by Stéphanie Joalland and produced by Sean McConville.

In the aftermath of an alien invasion, a feisty teenage girl sets out to protect her farm from human scavengers who will stop at nothing in order to survive in a post-apocalyptic world.

Writer & Director Stephanie Joalland  and Producer Sean McConville will be in attendance. Q&A will follow after screening moderated by Kerry Valderrama

THE QUIET HOUR stars Dakota Blue Richards (THE GOLDEN COMPASS, SKINS), Karl Davies (GAME OF THRONES), and Brigitte Millar (HARRY POTTER AND THE ORDER OF THE PHOENIX, SPECTRE). THE QUIET HOUR played at more than 20 film festivals around the world, premiering at the Galway Film Fleadh, and was nominated Best British Film at the Raindance Film Festival, Best International Film at Sofia Film Festival, winning Best Film at Kansas City Filmfest, and showcasing at the Newport Beach Film Festival. It was sold to several territories in Europe, to Mexico, China, South Korea, the Middle-East, Africa, premiered on SKY Premiere Cinema in the UK, and was released in the U.S. in March 2017 where it’s now available on Amazon Prime, etc.

Originally from France, Stéphanie began her career in story development at TF1 International and Canal Plus, worked as a story editor on TF1 animated series such as Emmy-nominated PET ALIENS, wrote live-action TV scripts, created a Sci-Fi animated series for Luc Besson’s EuropaCorp for Canal Plus: VALERIAN & LAURELINE based on the comic. She then moved to Los Angeles to study filmmaking at UCLA where she graduated in 2008. In 2014, she wrote and directed her first feature film THE QUIET HOUR starring Dakota Blue Richards which premiered at the Galway Film Fleadh in Ireland, was nominated Best British Film at the Raindance Film Festival in London, showcased at Other Worlds Austin and won Best Feature Narrative at Kansas City FilmFest International. She’s now developing her sophomore film: ICE, a contained science-driven sci-fi thriller which was recently selected for the 2019 JETS Co-Production Initiative during Berlinale where it was voted Best UK Project. She works as an advisor and module leader on the Raindance MA Film Program in association with De Montfort University. Stéphanie’s an alumna of Berlinale Talents and IFP Emerging Narrative Lab in NYC.

Sean began his career as a Special Effects technician on big budget studio films, including Star Wars: The Phantom Menace and James Bond movies GoldenEye and Tomorrow Never Dies. Sean has a Master of Arts Degree in Screenwriting from the London College of Communications (LCC). After graduating LCC Sean moved to Los Angeles to attend UCLA, and graduated in 2004. Sean’s debut feature film as a writer/director, DEADLINE, starring Brittany Murphy and Thora Birch, showcased at Berlin, Cannes, and the American Film Market in Los Angeles, where it sold for distribution to 40 territories around the world including the U.S. Sean also produced Stéphanie Joalland’s debut feature, sci-fi thriller The QUIET HOUR starring Dakota Blue Richards which premiered on Sky Cinema in the UK, sold to Amazon Prime in the U.S., and was distributed around the world. His next film as a writer-director is THE LAST MOON, a supernatural horror suspense scheduled to be filmed in the winter. Sean is a Berlinale Talent and Cannes Producers Network alumnus and was one of the 10 Winners of 4000 entries of the prestigious Scriptapalooza screenwriting competition with his script The White Shaman. Sean lectures on screenwriting at the London College of Communication and works as an advisor on the Raindance MA Film Program in association with De Montfort University in England.